Bike early and bike often – that’s my motto. And when the weather is brisk and beautiful at the beginning of the Fall coffeeneuring season, I know I will be glad if I get my official rides in early. Because life offers no guarantees and good weather should never  be taken for granted.

That said, while I joyfully took my rides early, I nearly had an epic fail in recording them. I thought I was being so smart to post each ride on the Facebook page as soon as I took it. My mistake was not writing down the ride details someplace more accessible. With the growing popularity of coffeeneuring, I was not able to look through all the posts to find my rides. And the search function only turned up four of my rides. However, I had fortunately not deleted my photos from my phone and with the brilliant I phone technology, I was able to get the proper date of the photos to reconstruct my rides. BUT - I encountered insurmountable issues importing some photos into this blog. Although they appear on my phone and computer, I cannot find them through Blogspot AND I can no longer import them via the app. Sigh - technology!!!

So here is the compilation:

This year coffeeneuring season began on my 65th birthday, but due to a bikeless weekend trip to Yogaville I was not able to take a ride on that day. However, on Tuesday the weather was brisk but beautiful and I took my bike to Trader Joe's for some groceries, stopping at Northside Social on the return for a cookie and espresso. It was just chilly enough that few people were seated outside, but as I was warmed up from my bike, it felt good to sit in the sun and enjoy my treat. 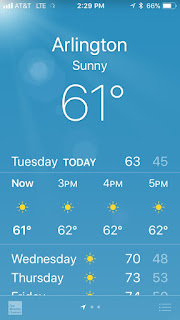 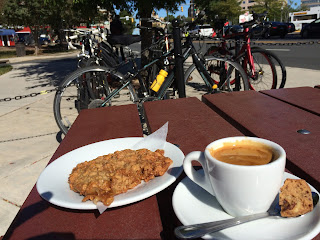 I am lucky to live in close biking distance to the Eden Center where Vietnamese treats abound. This day I tried a bubble tea – a very sweet concoction in which you use a wide straw to suck up blobs of tapioca. It’s a bit sweet for my taste, but was a nice contrast with the spicy fried tofu that is made fresh at Thanh Son Tofu. It is addictive! Bike parking is not the greatest at the Eden Center, but there are racks at the far end by the Good Fortune grocery store. And, on the way home I used the new bike lane on Washington Blvd, which makes it much nicer to ride up the hill. 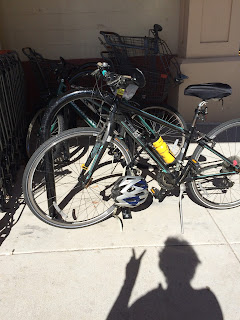 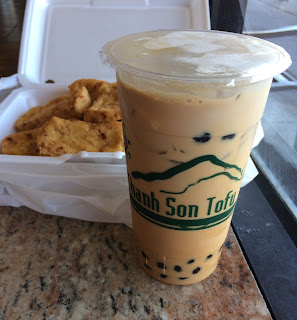 I rode to Baked and Wired in Georgetown for a ginger scone and cortado (which they call a tallat for some reason). Their baked goods are always outstanding. The weather was so lovely that I decided to bike home the longer way – riding up to Chain Bridge. Some days you just want to ride. Only after I'd locked my bike to a fence did I later notice that there is actually a bike rack halfway down the block toward K St. 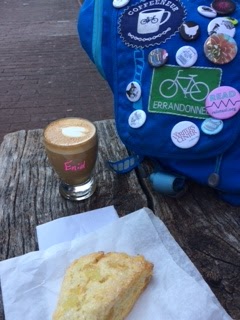 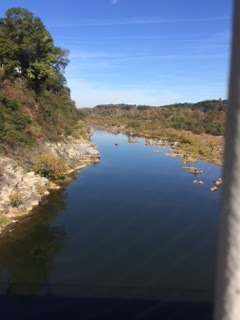 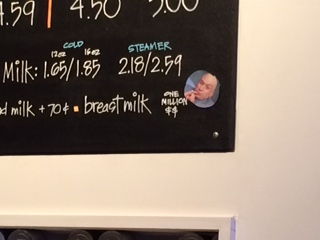 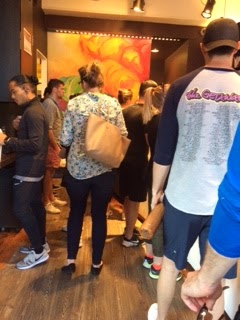 I rode to Courthouse, voted early, and made my first (but probably not last) visit to Bayou Bakery. I had been craving biscuits and they made a nice flaky one, which I had with an espresso. I had taken along my laptop with the thought of doing some writing. But I had the problem I usually do with coffee shops: the music inside was too loud and the chairs outside were too uncomfortable. I settled on outside and did manage to write for half an hour, but was happy to get back on the bike. 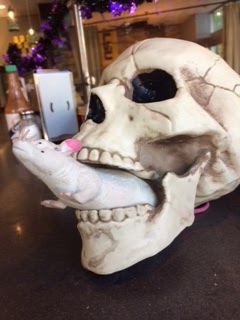 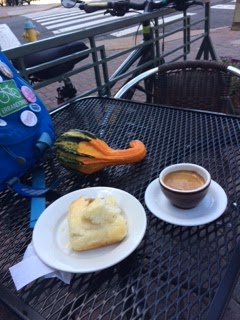 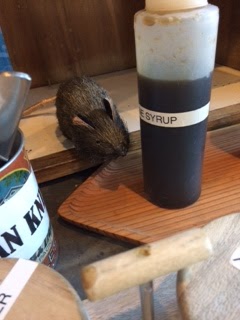 Decided on a “coffee shop without walls” ride, packing a picnic lunch and my favorite combination of ½ ginger-turmeric tea with ½ my homemade kombucha. I rode the W&OD Trail turning off into the grounds of the Long Branch Nature Center. It was quiet and peaceful, the colors just beginning. 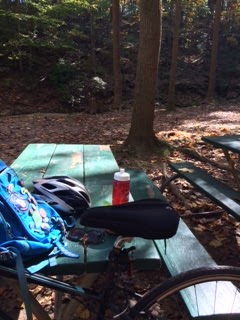 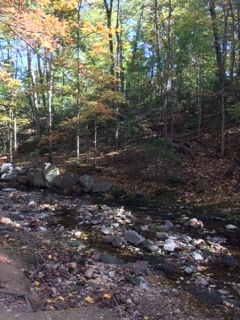 It was time to get my senior Metro card, so I rode to the Commuter Store in Rosslyn, got the card and then stopped on the way home at Bakeshop in Clarendon. I didn’t enjoy my soy chai latte or peach scone as much as I’d hoped. Also – it’s an adventure to use the restroom, as it’s a shared facility for the building, requiring a walk down the block and through the hallways of a a building that feels practically abandoned. Sometimes when you’ve been riding your bike awhile in chilly weather you would like a more convenient pit stop! 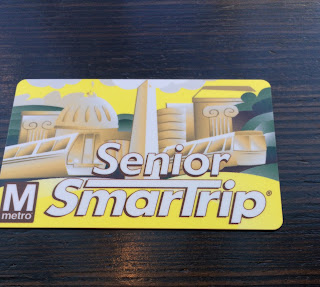 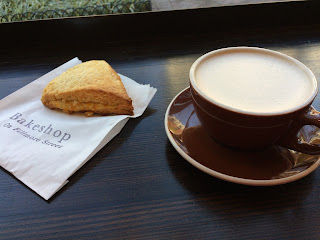 This year I clearly saved the best for last. Livin’ the Pie Life has been open at the corner of Lee Highway and Glebe Rd for about 18 months and, believe it or not – this was my first visit. I first rode to Pilates class and then stopped at Pie on the way home. It was hands down the best espresso of this season and the scone was second only to Baked and Wired (which is pretty hard to beat). It takes great self-control to go in and NOT buy pie. Even at 10 a.m., plenty of people were bypassing the scones and going straight to pie. It is definitely a good place to visit by bike, because car parking is very inconvenient and limited whereas bike parking is readily available. 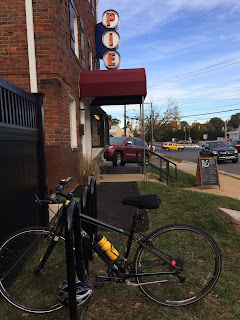 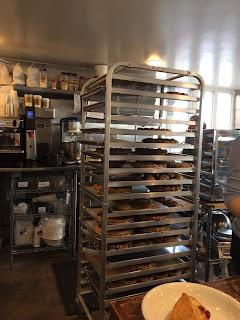 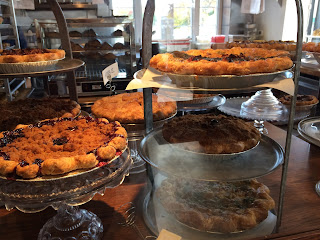 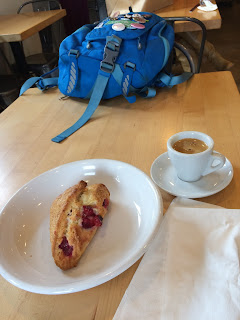 Almost immediately after I finished my rides, the thermometer plunged with temperatures in the 30s. When it's in the 40s I am still happy to bike, if dressed properly. But once it gets much colder I am less eager to get on the bike. I lucked out this year with lovely weather. And also – as the Facebook community has grown I have delighted in seeing other people’s rides.
Posted by Biking Yogini at 6:45 PM No comments: